The Myth of Italy and Stendhal Syndrome 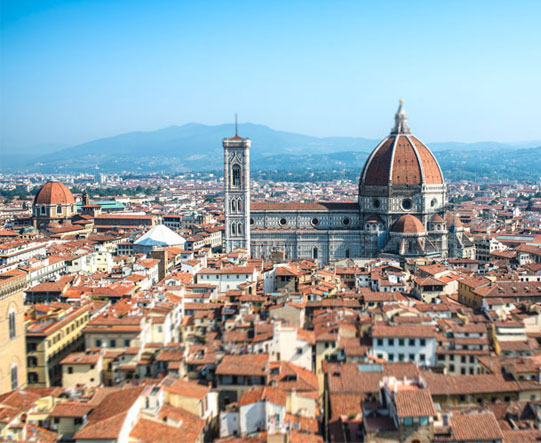 Literature of the Grand Tour of Italy is an FUA course that looks into the written works that emerged from the world altering phenomenon that was the Grand Tour. The writers we read contributed to changing modern travel and shaping tourism as we know it. Learning about the Grand Tour provided us with another perspective of Florence and how we experience the city.

Prior to the 17th century most people travelled for either religious or business purposes, e.g. merchants and pilgrims. While travelling for the sake of adventure occurred, the Grand Tour was developed for educational purposes. It became essential for young, rich, British noblemen to embark on a trip that lasted multiple months or years across Europe, which exposed them to many cultures and furthered their education.

Romantics like Byron and Shelley described Italy as a haven for outcasts; both found a type of acceptance there that their scandalous pasts robbed them of in England. Thus, they laid the foundations for the “Myth of Italy” as a pleasure-loving paradise. This depiction of Italy was perpetuated by writers, such as Stendhal and Goethe, and is still rampant to this day.

The Italian Grand Tour initially excluded Florence; focusing on Venice, Rome, Naples and Pompeii, which catered to the appreciation of classicism. However, during the 19th century, Florence and Tuscany in general gained popularity as art historians became interested in the Renaissance.

Stendhal was one of the Grand Tour writers who fell deeply in love with Florence. He was different from most in that he had no intentions of visiting Italy. He came as a young soldier in Napoleon’s army and chose to come back after the fall of the French Empire. He kept a journal whilst travelling through Italy that later became the book Rome, Naples and Florence.

In this very book we see the backbone of what is known as Stendhal Syndrome. Stendhal famously visited Santa Croce where he was granted entry to a chapel that is frescoed with Volterrano’s Sibylles. There he describes feeling the life being “dried up within” him and walking in “constant fear of falling to the ground.” Of course there are sceptics; some site the fact that his actual travel journal does not mention this at all as proof. However, it has been used to identify and even treat the symptoms many travelers experience when “overdosing” on art. The term Stendhal Syndrome, coined by psychotherapist Graziella Magherini is now widely accepted as a psychological condition or state of being.

Future editions of this course can be consulted at the FUA academic schedule.