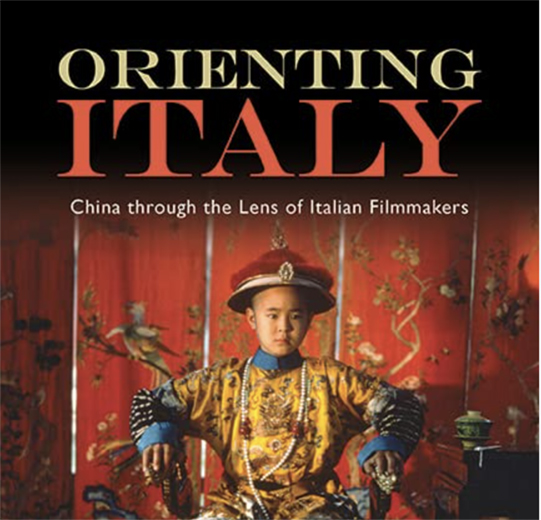 In early November FUA-AUF, Florence University of the Art-The American University in  Florence, had the pleasure of welcoming Mary Ann McDonald Carolan for a book  presentation. Mary is a professor at Fairfield University and the author of Orientating Italy:  China through the Lens of Italian Filmmakers. This was the first “soft launch” for her book,  Orienting Italy, which was released in September. She went on to explain that while this is the  second book she has written, it took over 10 years to write and publish. Mary was inspired to  write this book simply from an experience she had in the classroom at Fairfield University.  While she was showing her students the movie, The Missing Star by Gianni Amelio in 2006, she  noted that while it was an Italian film, the movie was based mainly in China. This sparked her  curiosity into how China is seen and filmed through the eyes of the Italians.

During the presentation, Mary went through several Italian movies about China, similar to the film The  Missing Star, and showed how these types of  films evolved over time. For example, the first film that fits this theme is called Behind the Great Wall, released in 1958 by Carlo Lizzani, which was the first film to ever be shot in China by an Italian director. The film sought to represent the reality of China, rather than what everyone assumed about it. After this film was released, more films came out that followed the same idea of China shot by Italian filmmakers, all filmed in China, until The Missing Star. This was the  first movie that was about Chinese culture that was shot both in Italy and in China. After this,  the rest of these types of films, such as Gorbaciof, Little Miss China, and Zheng, were filmed  entirely in Italy, romanticizing the blending of both cultures.

There is another shift that happened around the time of the new millennium, Italy  gradually transitioned from an emigration country to an immigration country. Mary stated that  the younger generation of Chinese immigrants that have lived in Italy all their lives are pushing  to not be put in a box. They do not want to be just from China or just from Italy, but rather a  proper and positive representation of what can happen when these two cultures are blended.  This neorealism is not a new concept, instead it was the exact reason why Italian filmmakers  wanted to film China in the first place. This allowed these films to be a more accurate depiction  of life in China and in Italy, the hardships and beauties included, rather than a romanticized and  fictional version.