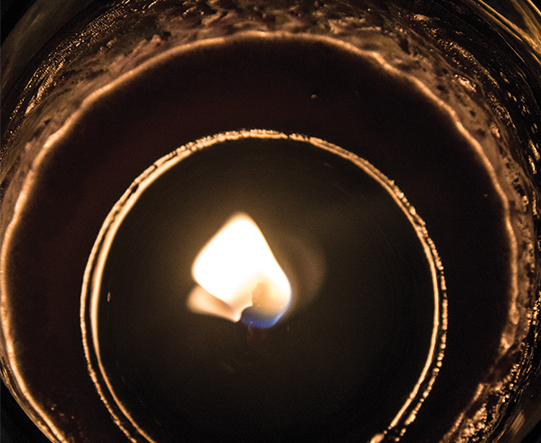 Why were two planes flown into the Twin Towers as an act that was necessary to carry out? Why does ISIS believe it has the right to commit acts of violence? The religion of Islam and its political influence on the Muslim world poses complicated questions, and the students of FUA's Islam and Politics course are challenged to critically examine them each academic season.

When asked why she decided to specialize in matters related to Islam, instructor Margherita Picchi states that “joining the cultural bridge between the two sides of the Mediterranean, Islamophobia in the West and anti-Westernism in the Arab World, became a professional mission.” She desires to pass her passion and knowledge on to her students, in hopes that one day one of them might decide to further his or her knowledge on the subject in Islamic studies.

As an important course feature, Picchi assigns a group research project on a specific subject. Students are able to choose from five or six topics and report on one of the topics in a group. Picchi believes that “one brain can work very well, but five brains that work together can really give room to interesting and new ideas.”

Students are thinking the minute they enter class. The concepts addressed by the course are designed to give students tools to better understand what is portrayed in the media regarding Muslims and the Arab world. Students are required to think about media representation, observe and compare media content, and compare examples to insights and information gained through coursework. Ciara O’Brien, a current student says, “even after only three lessons, I already found myself questioning what I thought I knew and encouraged me to investigate into Islam and the politics of the Arab world.”

As for Picchi's goal for zooming in on the gap between the two worlds, it begins with the first step of educating and informing students about the differences as well as common grounds. While overcoming and challenging assumptions may seem uncomfortable at first, the critical approach ultimately provides a rather enriching and worthwhile academic experience.

Future editions of Islam and Politics at FUA can be consulted at the academic schedule of courses.